(Yes, the typo in the title was intentional.)

I had a fantastic time at SQL Saturday #256 this weekend in Kalamazoo, Michigan. Great event, hilarious after-party, and some of the best hospitality you’ll ever find.

Driving back to Detroit on Sunday morning, however, was extremely depressing for me. I recalled someone at the event making a joke about the number of deer carcasses I’d see on I-94, but I really wasn’t prepared for what I saw in daylight (my drive to the event was at night). In the 65-mile stretch between Marshall and Ann Arbor, I counted SEVEN dead deer in the median, and there were probably several that I missed on the right shoulder, never mind on the westbound side.

Now, I’ve resisted the urge to post a picture of a carcass, and instead chose a live deer: 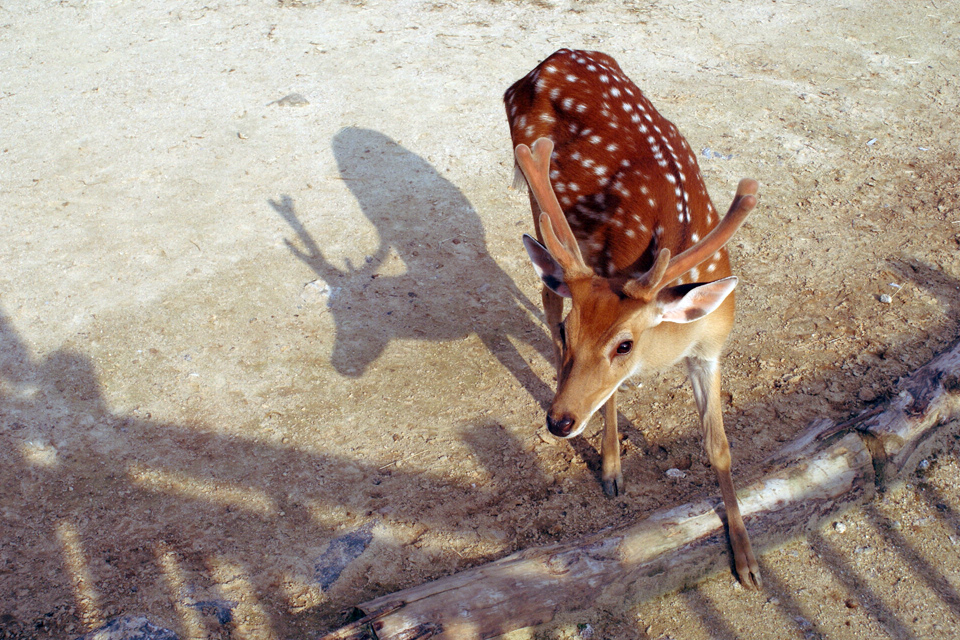 I’m not trying to be a PETA or a PITA, but I just can’t fathom how nothing is being done about this, and why there is no fence preventing animals from entering the roadway. The other is to reduce the population – and I don’t think allowing them to get hit by cars is the right way to do that. I-94 has a cable-based fence (or other barrier) in the median for most or all of this stretch. This is great for vehicles that go into the median, preventing them from crossing into oncoming traffic; however, it is an unfortunate trap for a disoriented deer, more likely to continue wandering along the fast lane than to retreat back to the side of the road they came from (and in either case, in real danger of being hit).

This Cornell study from 2005, while dated, suggests that fencing with one-way gates is not perfect, but by far the most effective method of preventing deer from ever entering the roadway in the first place. The objection is always going to be the cost of doing so. The politicians, departments of transportation, and other authorities in Michigan (and every other state and province) will question the value of such fencing, when it is a balance between that and other programs and services that they fund.

But what about insurance companies? Why can’t they participate in helping to fund such projects? Like an electric toothbrush or deck stain, surely the up-front investment in preventative work will pay off in the long run. The amount of money used to settle vehicle damages, combined with the amount of life insurance claims, must be staggering.

I would love to hear comments from the insurance companies and/or relevant DOTs about whether there is an opportunity here to make the world a better place. Seems like a win-win-win to me. Please feel free to forward this article along to your state’s DOT and/or your insurance company. I’ve included a few official twitter accounts to help you get started: