After the emotional roller coaster of visiting Auschwitz I and Auschwitz II (Birkenau), Grant and I were both very glad to be on to brighter and happier places. We stopped in Kraków but our time here was very short because we wanted to be in Warsaw by dusk. We parked near the famous Wawel Castle (this picture is obviously not mine): 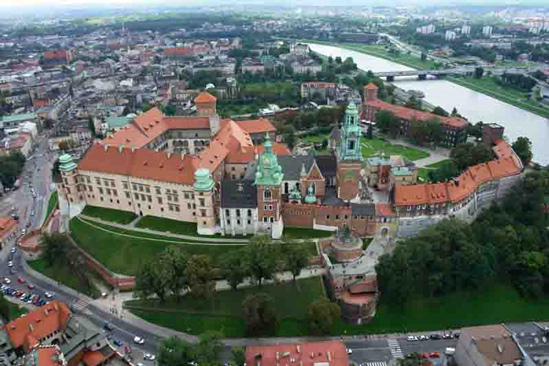 Then we walked around the old part of town for a bit, settling on a place to eat called Ribs on Fire. I actually had some very good traditional Polish sausage. 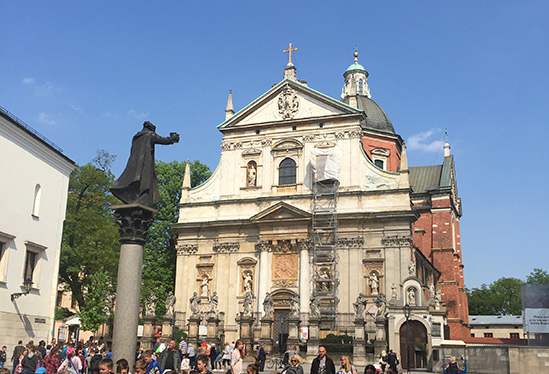 We got to Warsaw pretty late Thursday night, so we saved any touristy activities for Friday/Saturday. On Friday we visited the Warsaw Uprising Museum, which through a large number of very impactful exhibits tells the story of how the people of Warsaw rebelled against the Nazis (and, to some degree, the Soviets). I learned there that in the morning when we went to a shop called iMad to fix the damage a retail employee did to the SIM port on my iPhone, we walked right by a bank building that was a crucial German fortress for part of the Nazi occupation. I also read many accounts of the devastation of Warsaw, from a perspective I’d never really considered before – the senseless pulverization of churches and monuments, desecration of Jewish cemeteries, and burning of libraries. 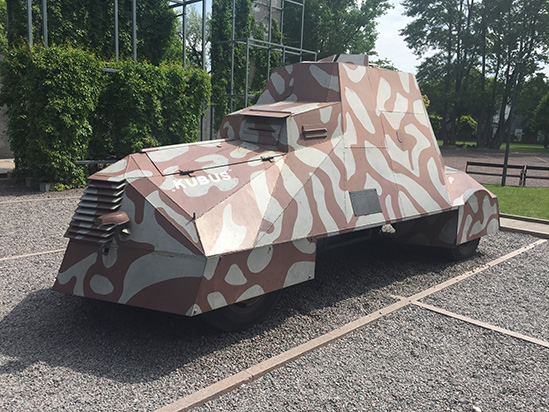 We went to dinner at a great little place called Oberża Pod Czerwonym Wieprzem (“Under the Red Hog Inn”). We sat right near this painting of several historical figures, many of whom were rumored to frequent the restaurant on visits to Warsaw. How many can you name? (Note: Castro was on the right, but he seems to have been cropped out unintentionally; here is a better version.) 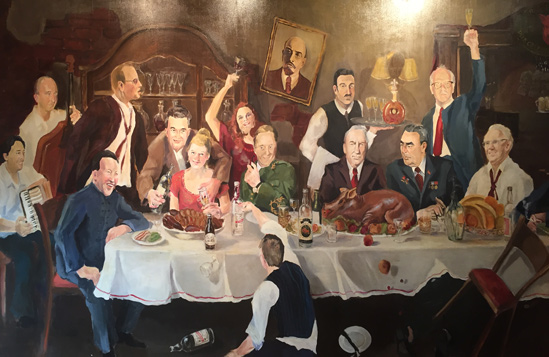 On the way to dinner we saw at least one building that Warsaw seems to have forgotten (I am sure there are many more that have not been removed in the obvious rebuilding and modernization of the city, but this was the first sore thumb I’ve noticed):

Saturday we went to The Museum of the History of Polish Jews, mainly to experience more details about the uprising during WWII. After that, we hit Old Town. 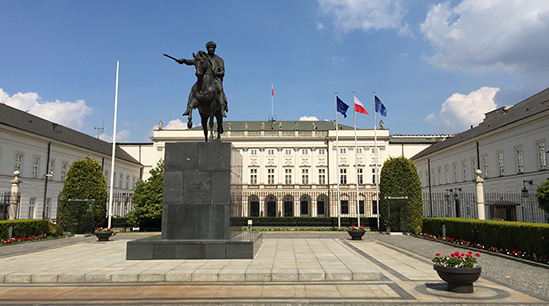 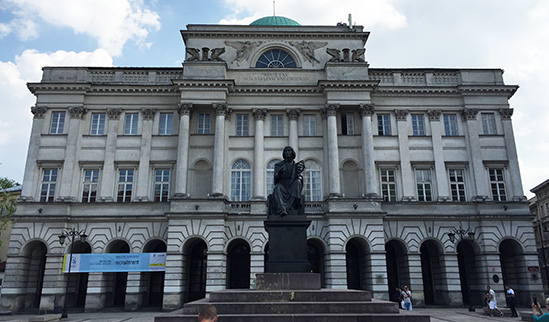 The Staszic Palace and Nicolaus Copernicus 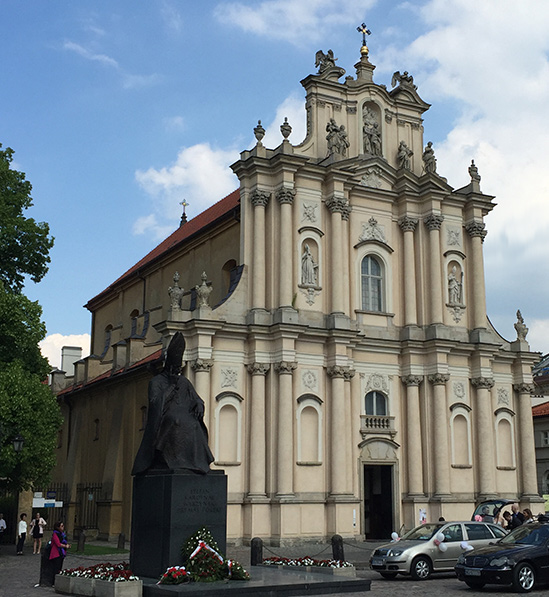 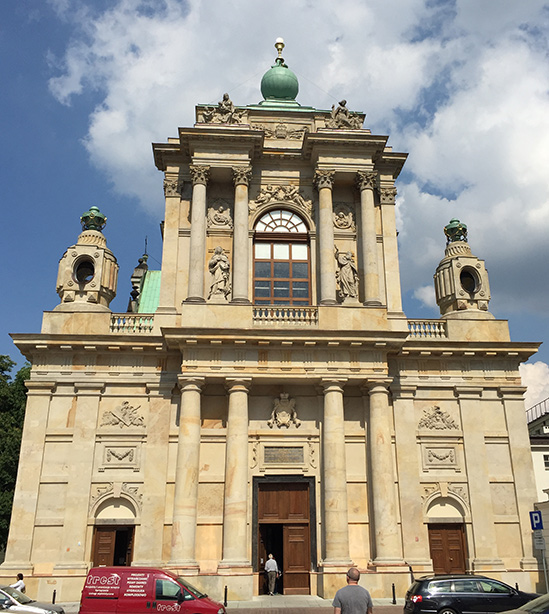 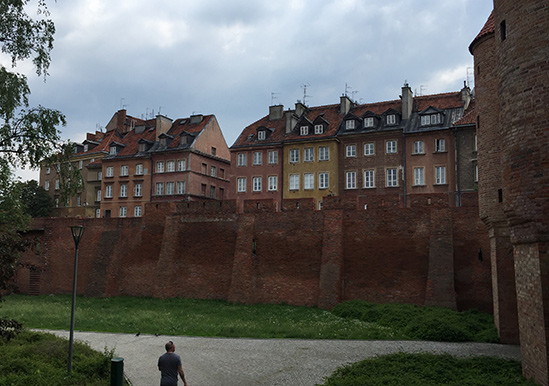