Last weekend, we headed up to Canada for the 7th annual Can Am Cup. The trip didn’t start off great – Nicole got a ticket in New York State, not far from her debacle a few years ago. I was kind of surprised we even got pulled over; she was going 78 in a 65. Usually they don’t even blink until you’re well over 80.

Other than that, the trip up was largely uneventful. Splitting the driving up between three drivers makes it go pretty quickly, and having a good little traveler who tolerates brief stops helps too. 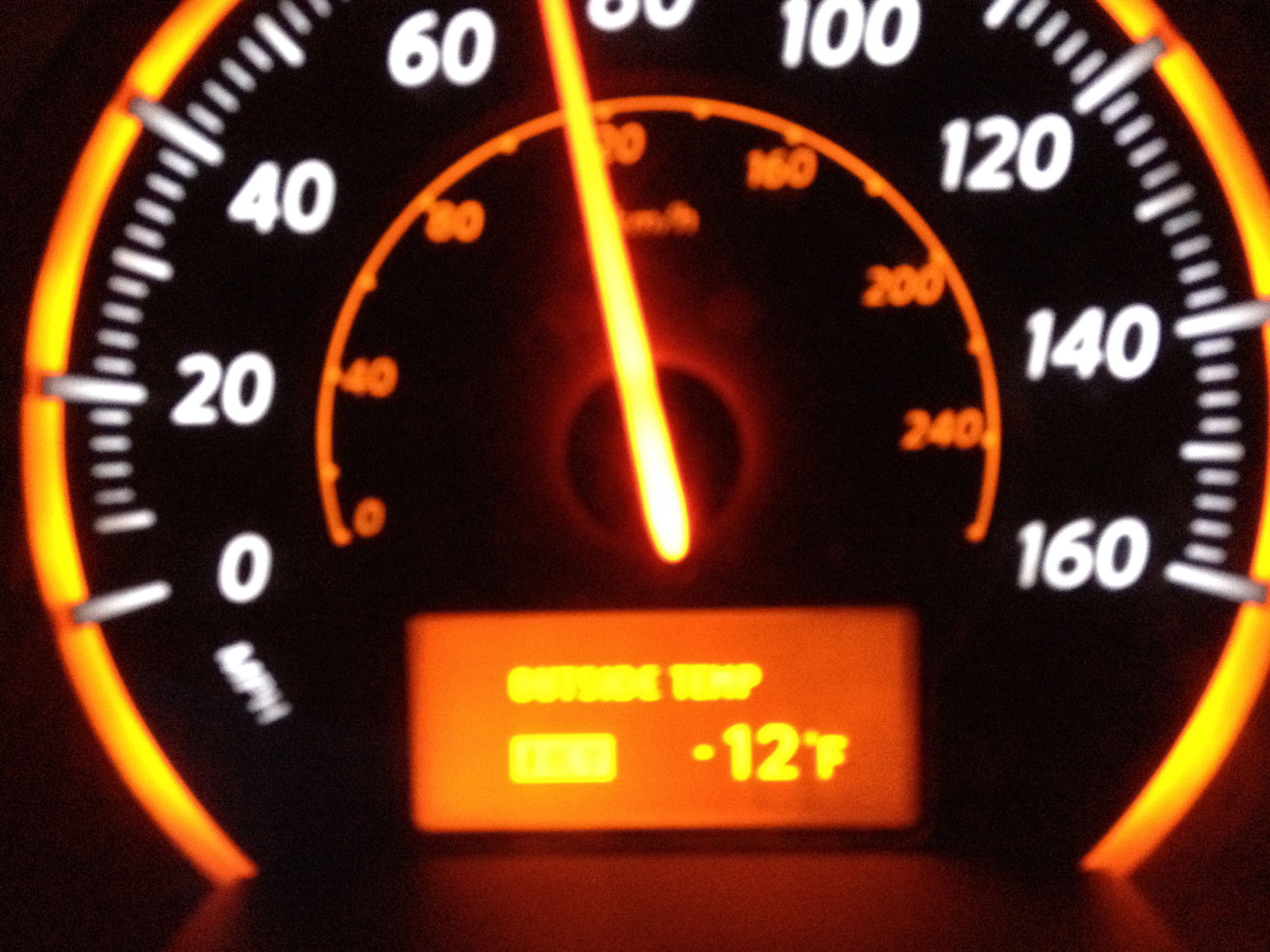 We had a lot of fun – four teams in a round robin, everyone finished 2-1. 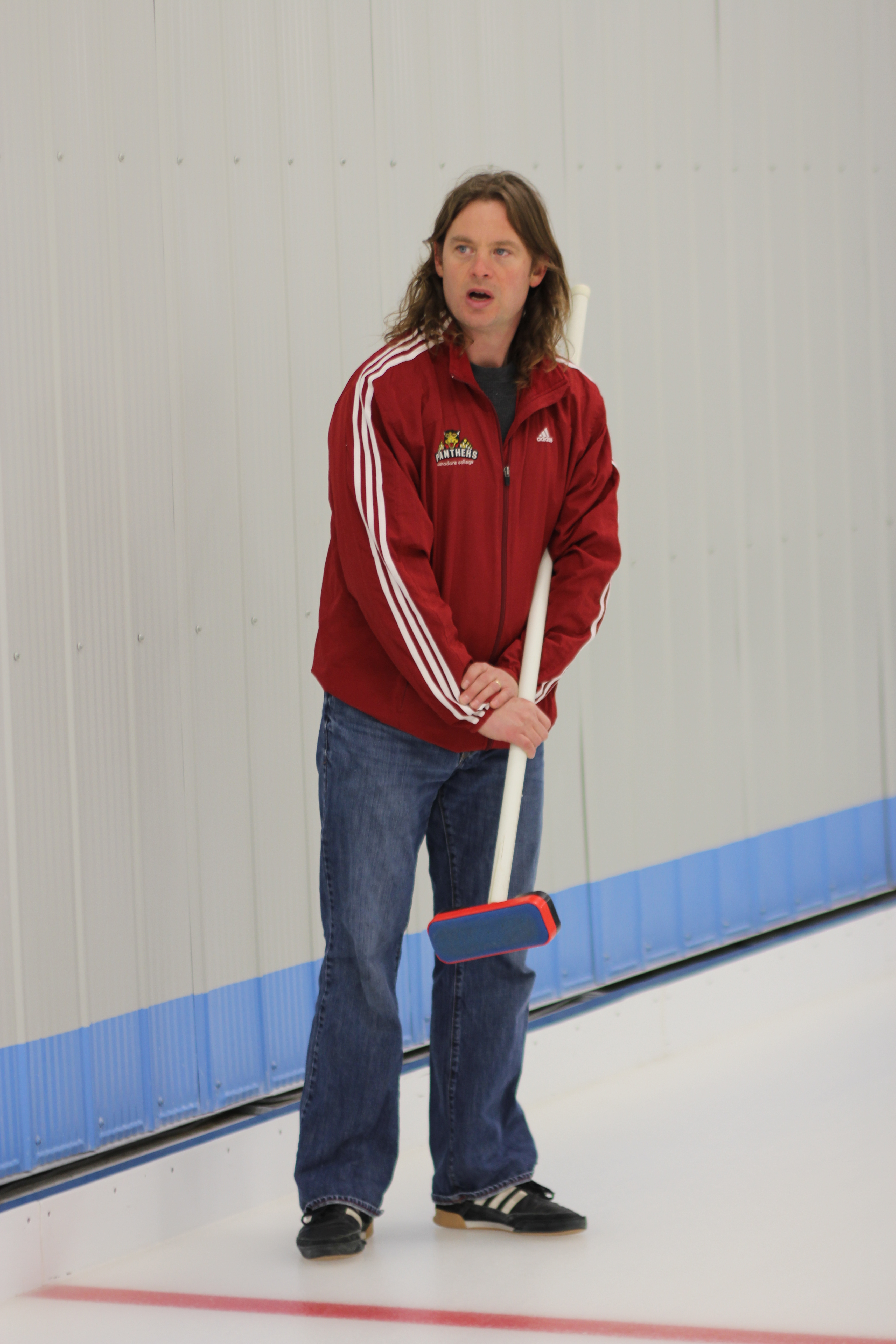 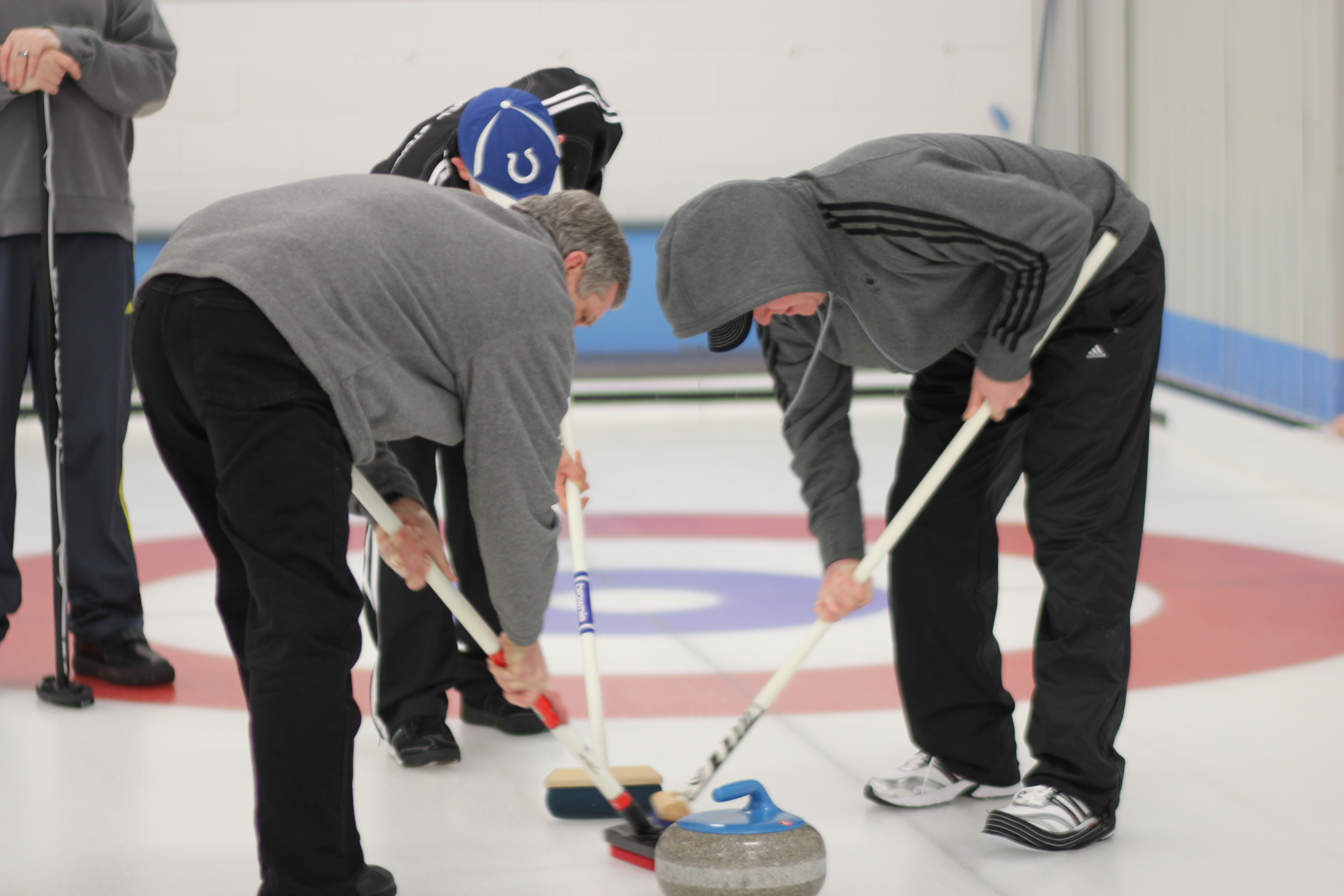 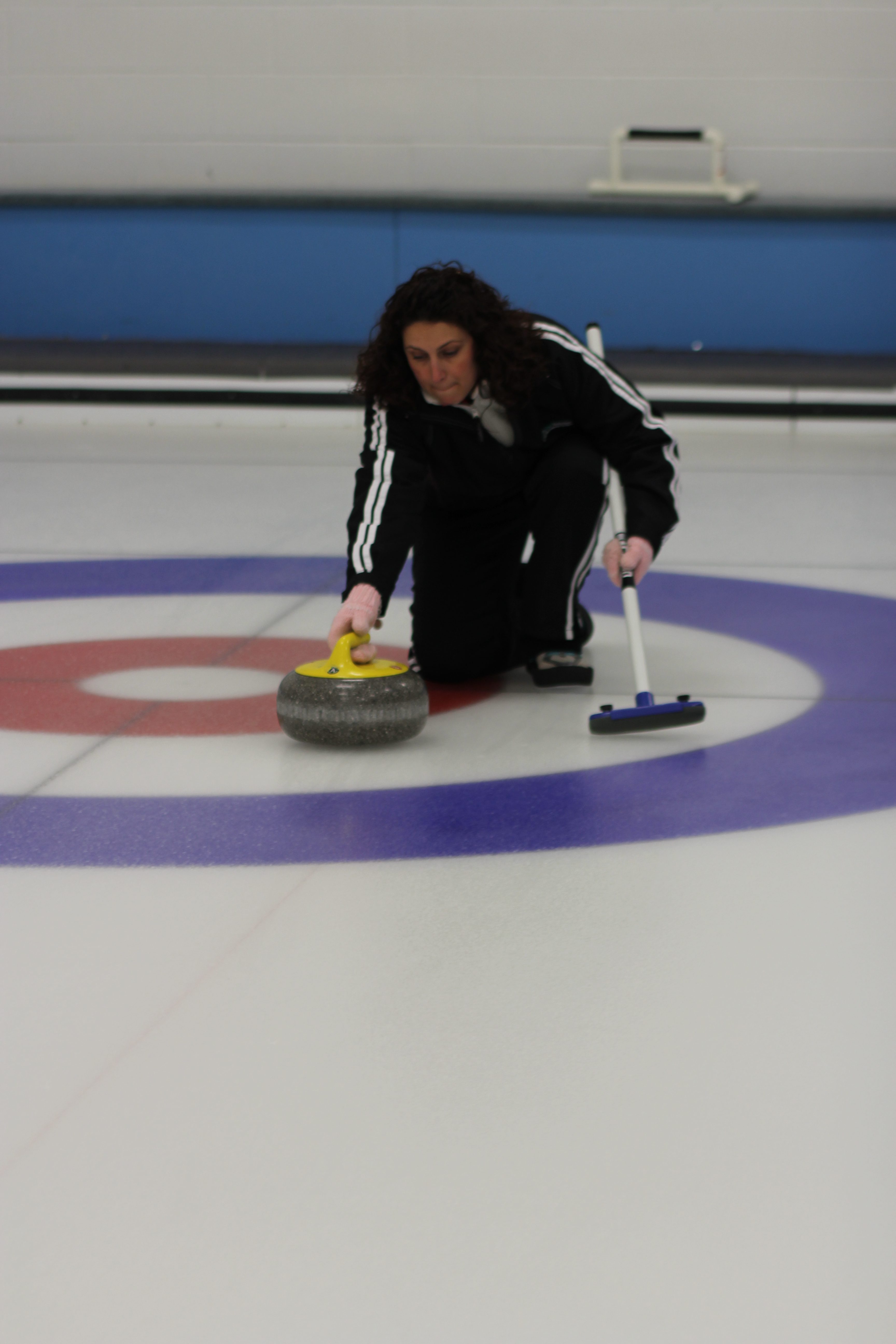 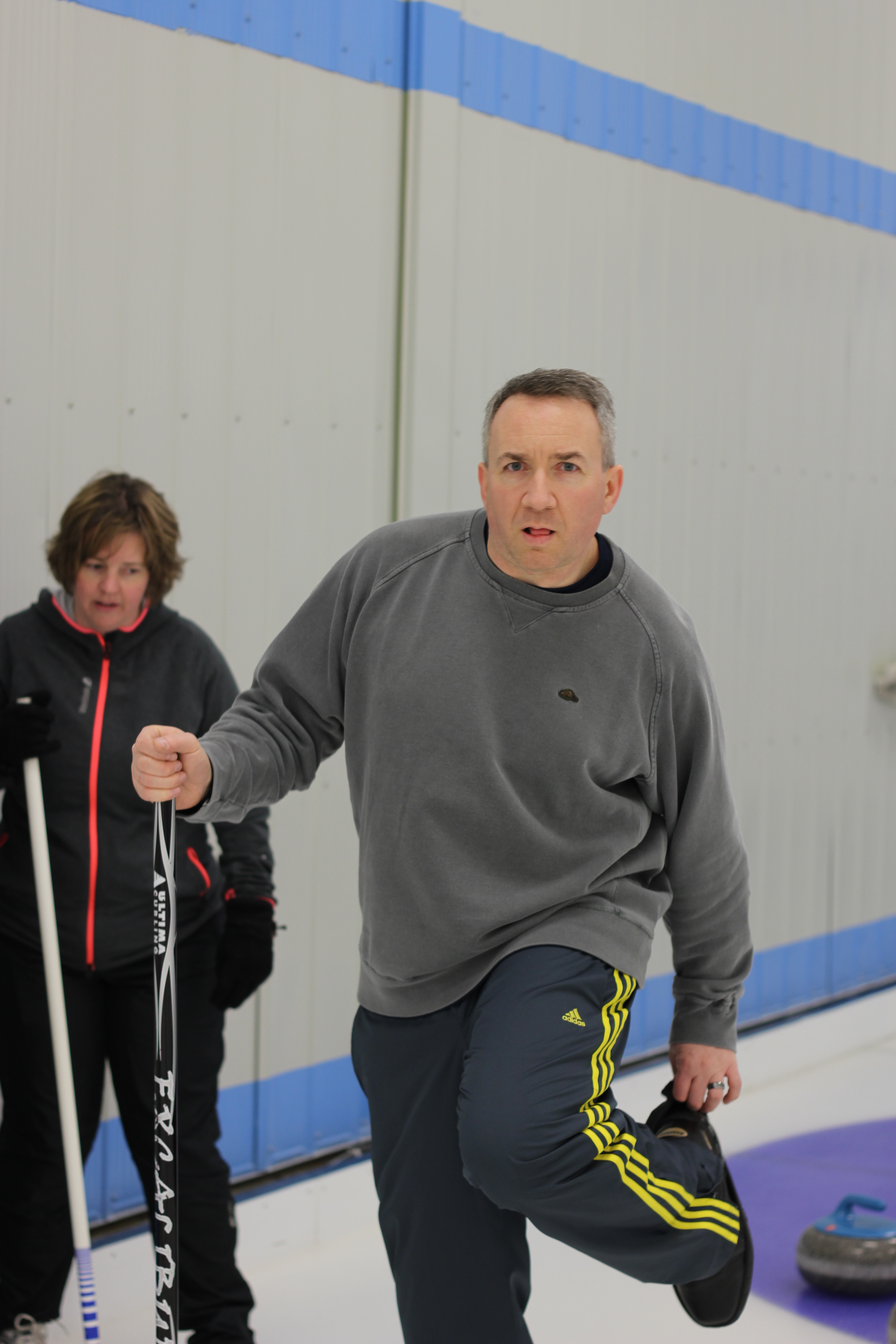 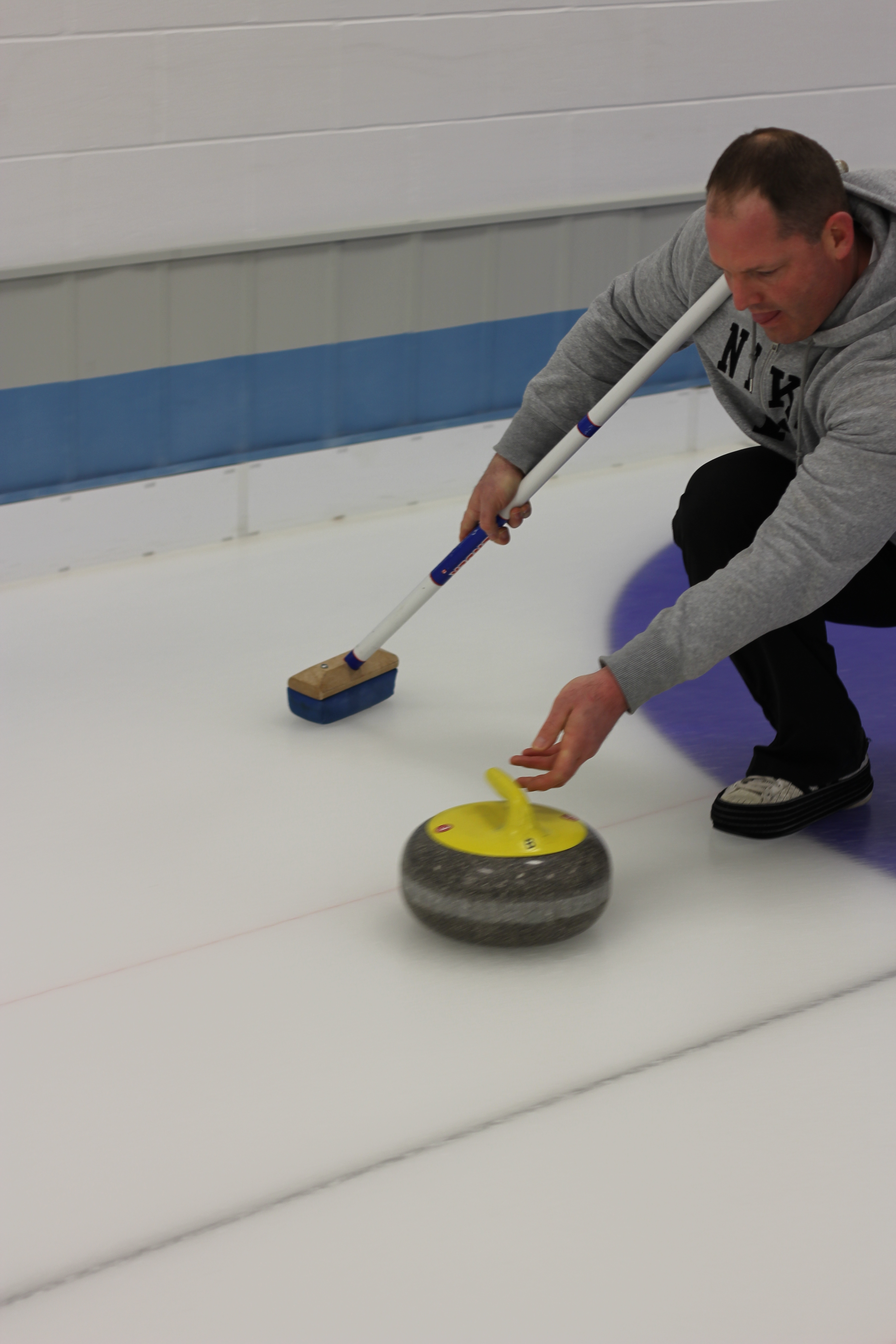 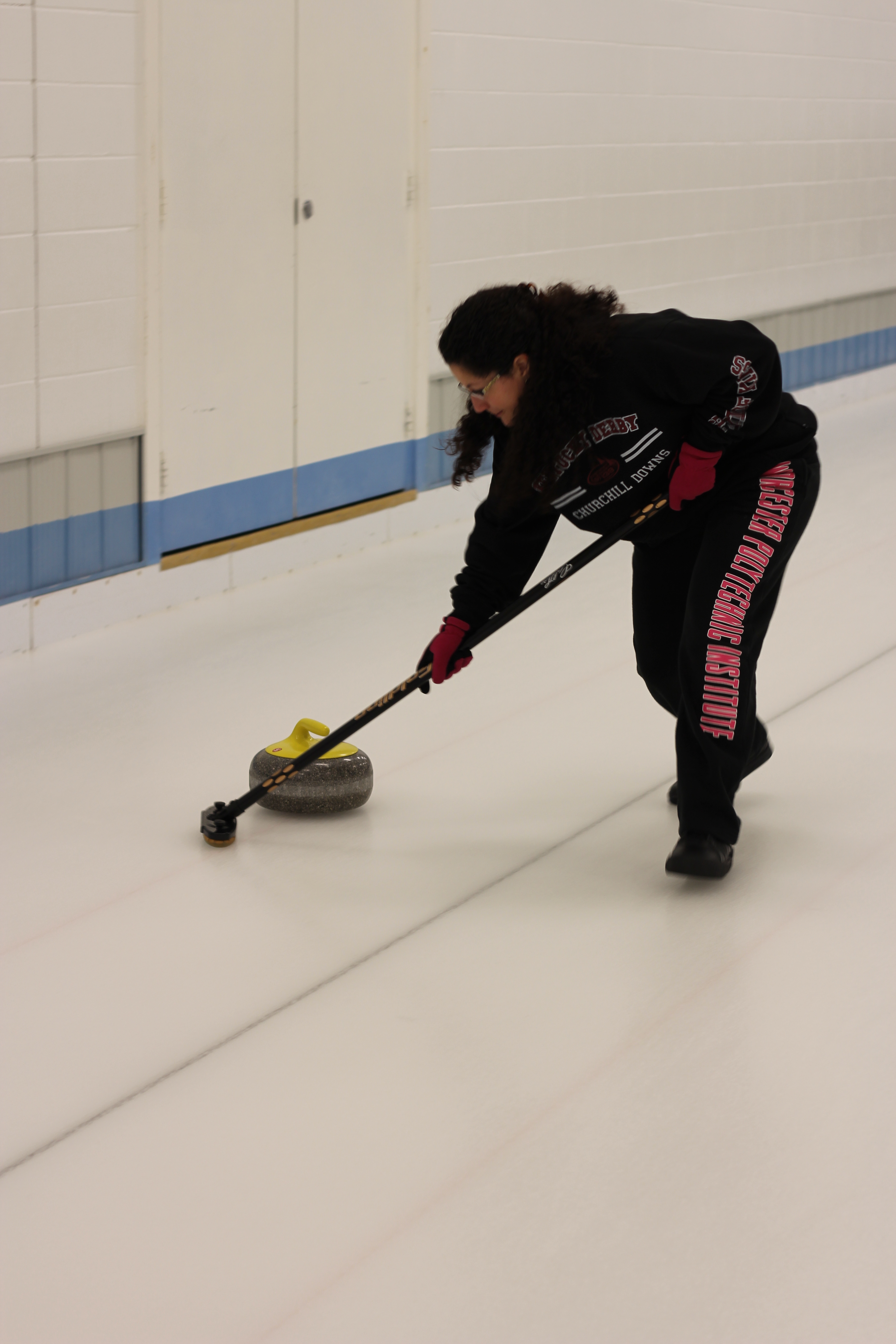 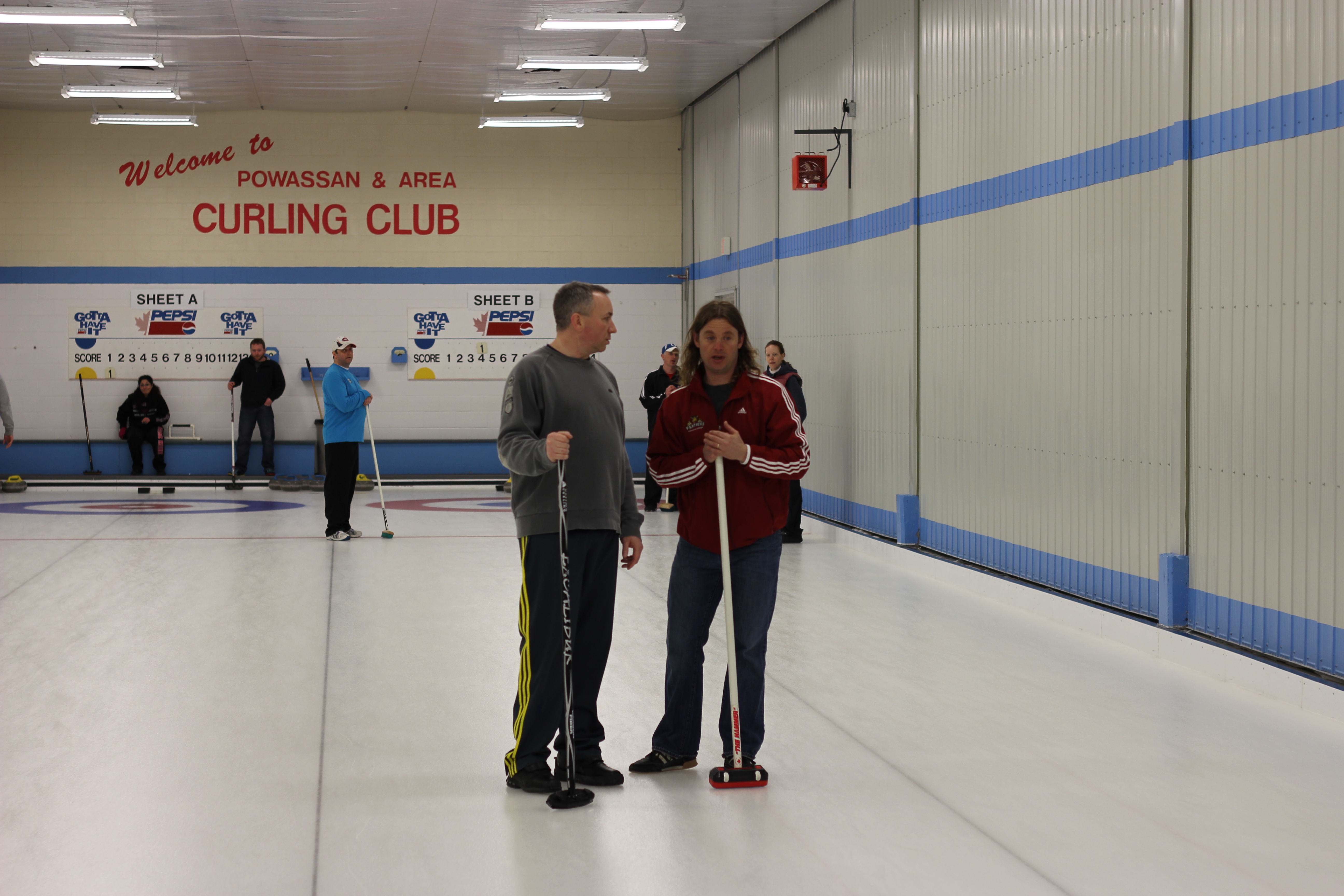 Nicole had a fabulous hit and roll into the button:

Janese had a great button shot, barely assisted by the sweepers:

And Jon turned a single point into 5 on the last shot of the end:

Madeline had fun running around the curling club all day – she finally passed out on Julie’s mom’s lap very late in the afternoon: 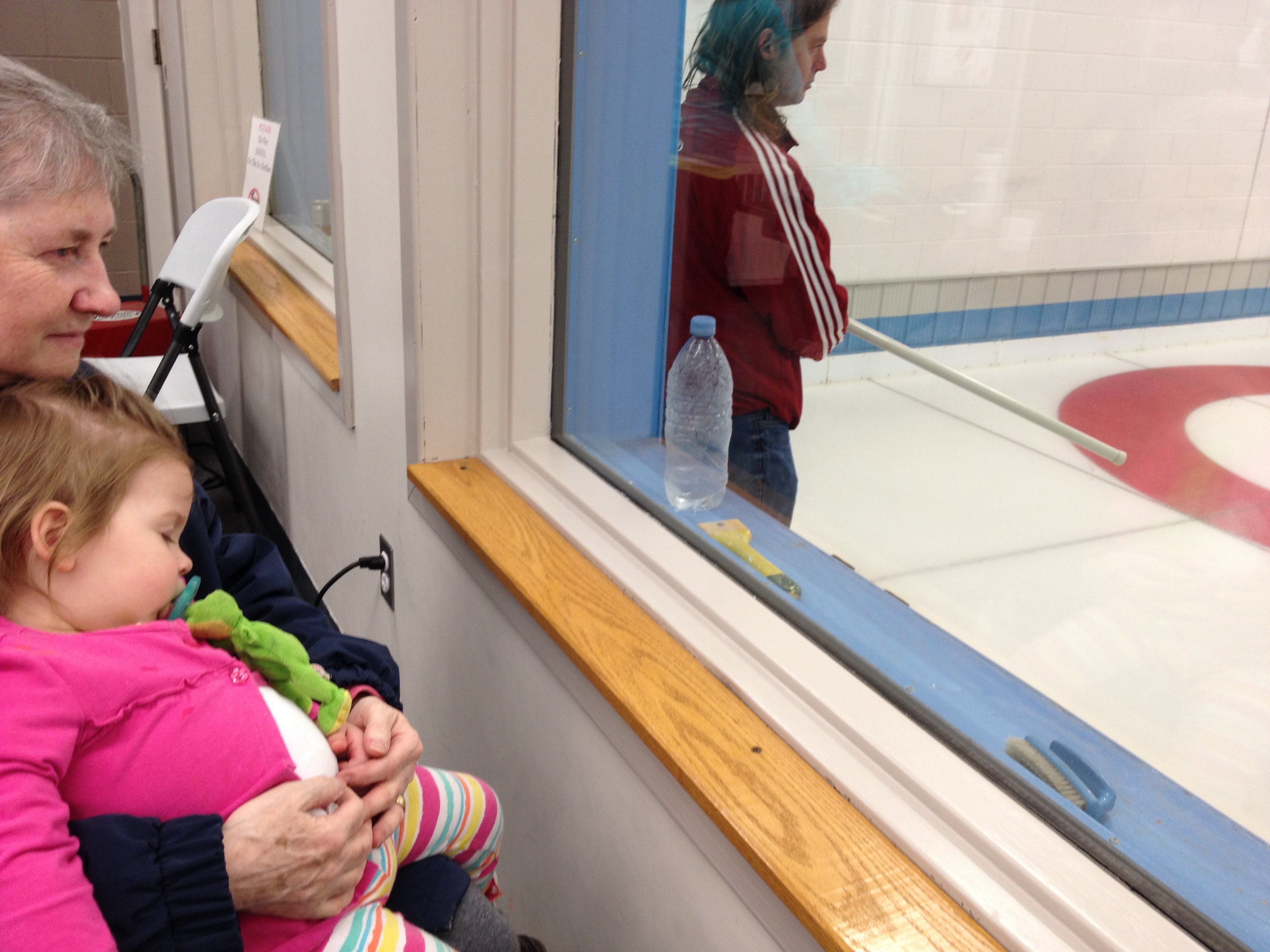 We won our semi-final match, but once again, I finished without placing my name on the trophy, finishing second for I’m not sure what nth time. Can you believe the name Bertrand is on the trophy five times, and not one of them is mine? This year, the winners were:

After curling we headed back to Dan & Julie’s for some pretty hilarious Cards Against Humanity. I’m proud to have won the Pac-Man card for the second time in my CAH career.

Sunday Dan & Julie hosted a bunch of us to go snow-shoeing on Osprey Links Golf Course, along Lake Nipissing, and through some snowmobile trails. Fun times! 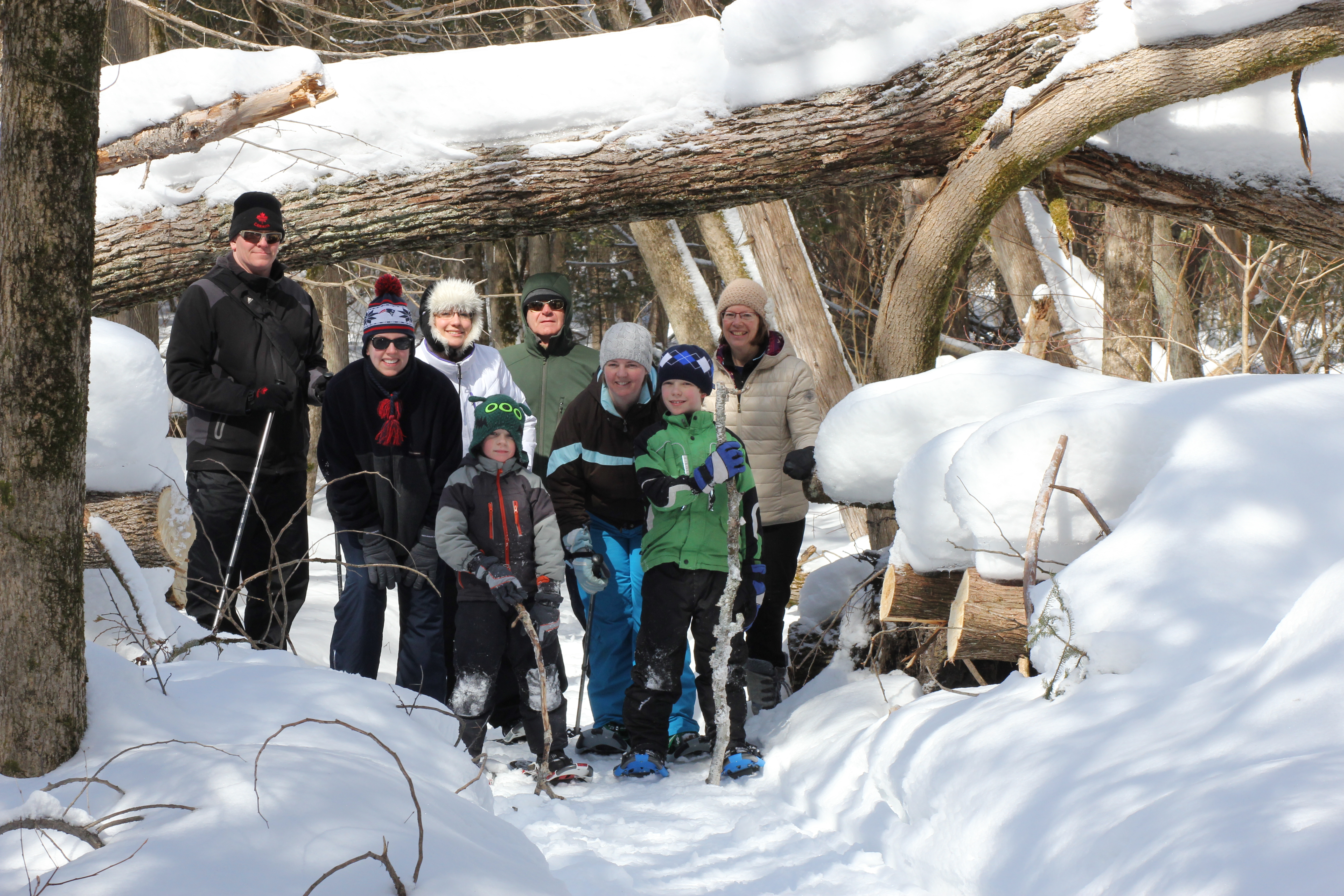 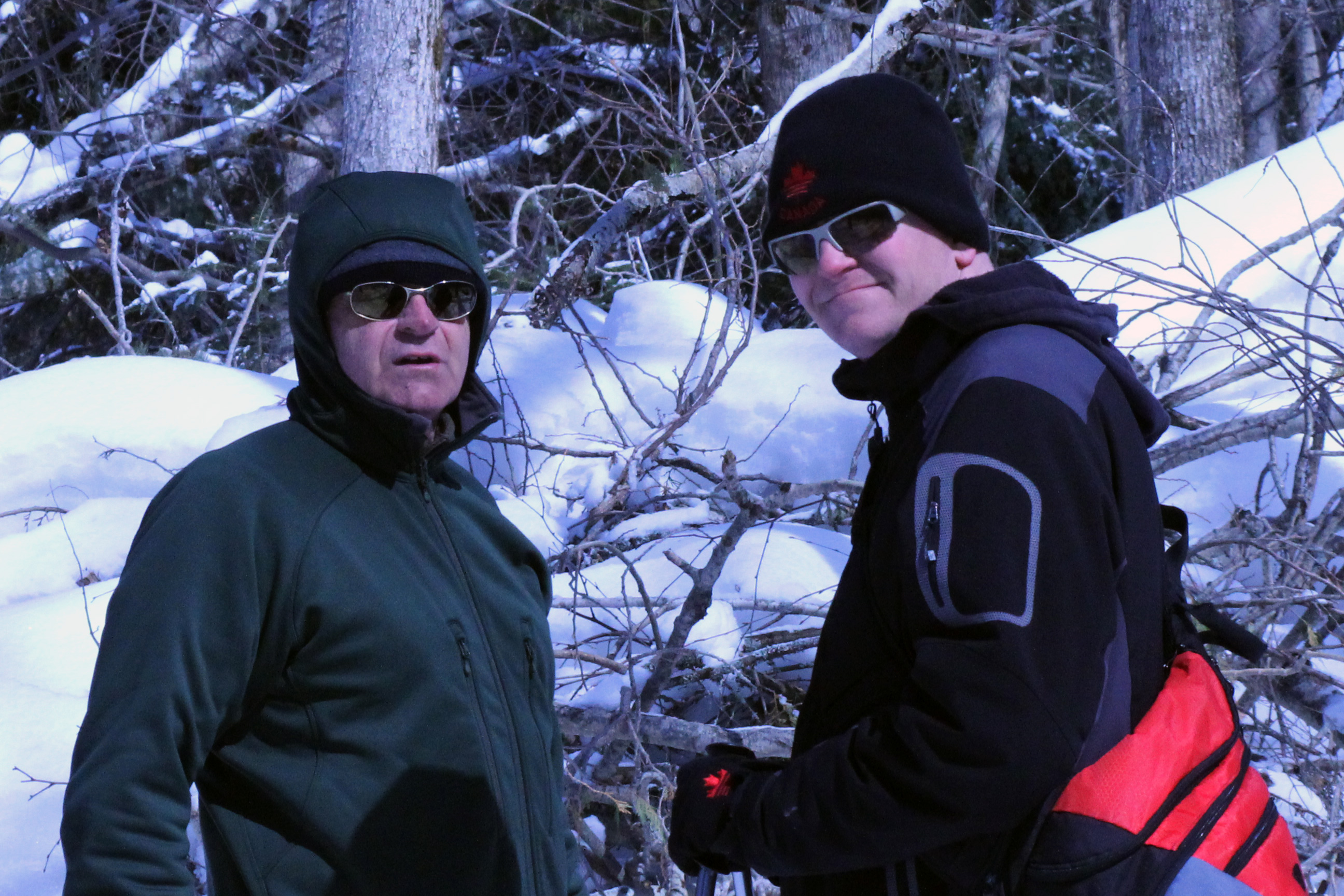 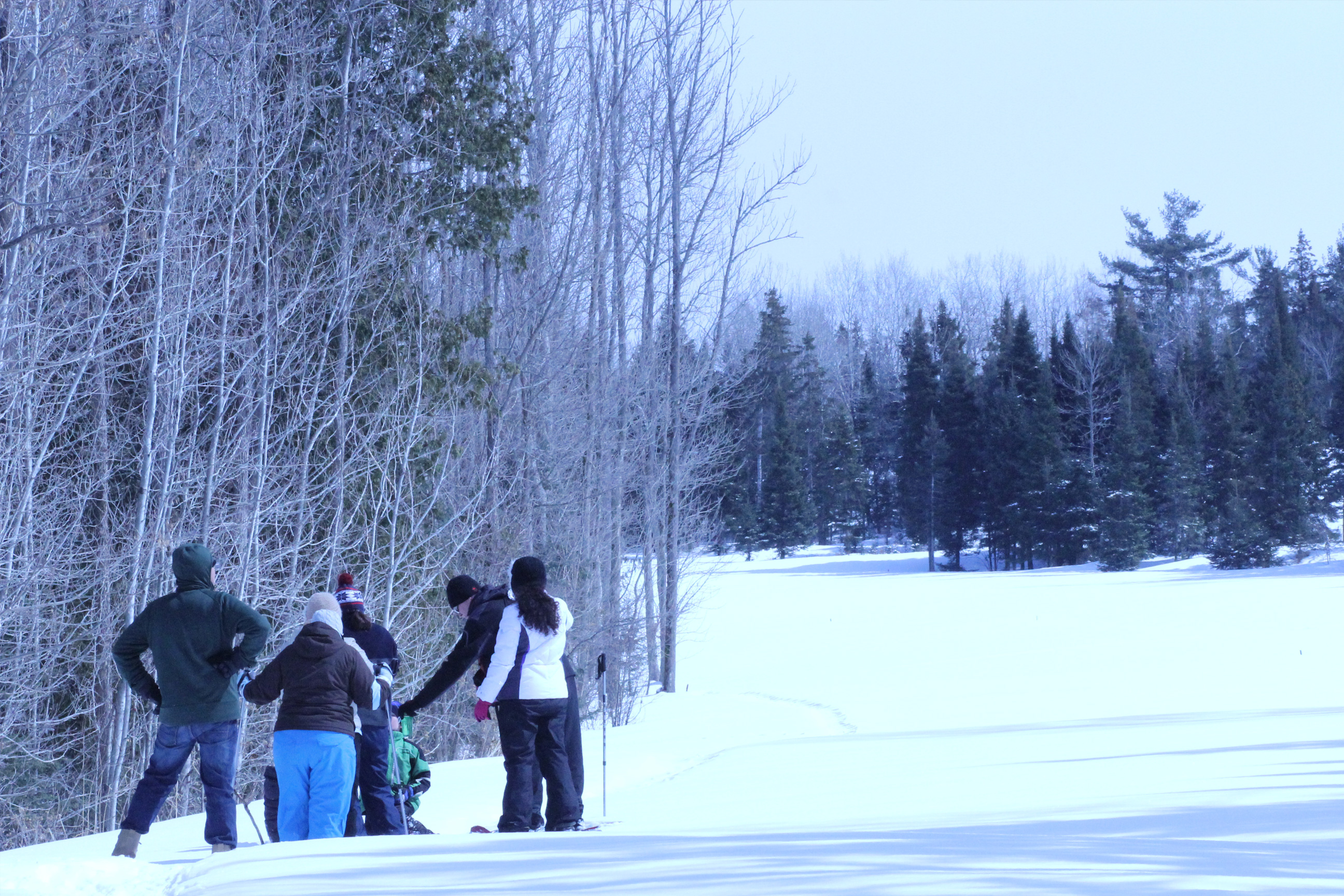 Big thanks to all our great hosts – Dan & Julie for offering up their homes once again, my mom for all the great meals and the condos to stay in, my sister and Scott for taking Madeline swimming (that will be a different post…)